Does your printer eat too much ink? You might consider one of these models Get This Deal Read More
Theo Thimou | June 5th, 2017
Get the best deals delivered right to your inbox!

Ink cartridges for printers…they’re something almost everyone uses and they’re so darn expensive!

A lot of third-parties who refill used cartridges have cropped up for people who want cheap ink. But the reality is some third-party inks aren’t good while others are just fine. You have to experiment to find one where you’re happy with the balance between quality and savings.

Of course, the printer companies hate third-party refill cartridges. They’re prefer you buy ink from them at high prices. But many consumers still persist in seeking off-brand ink refills.

The printer companies are so incensed by all third-party refillers that they took a case against them all the way to the Supreme Court.

But the Supreme Court decided Lexmark, a major printer company, had no right trying to beat up on a seller of cheap used cartridges refilled with off-brand ink called Impression Products.

Lexmark tried to use a patent law argument to squash Impression. But the Supreme Court wasn’t having it. Money expert Clark Howard offers more details…

Listen: Clark talks about the Lexmark case on The Clark Howard Show Podcast

Have you tried this line of printers?

Printers are the kind of purchase that people make based on price sensitivity. Few people understand that the real cost of a printer is not its upfront expense, but rather the cost of replacement ink over its lifetime.

Most printer manufacturers have adopted the Gillette shaver business model. Gillette takes a loss on every handset and makes its profit on replacement blades.

Hewlett-Packard — the dominant printer company — exemplifies this approach. They lose money on every HP printer they sell just to make a handsome profit on ink cartridges.

Fortunately, there is a company taking the opposite approach.

Epson has a new line of printers called EcoTank.

With EcoTank, you pay a real price ranging anywhere from $300 to $500 based on model, but here’s the thing: You get two years of ink free upfront, and when you do need to buy more ink, you get another two-year supply for around $50 or less.

Think about all the money you can save over a lifetime of printing!

Get the best printer for your money

If you want a cheaper printer that’s still reliable, Consumer Reports recently took a look at printers and recommended these models: Sells for around $235 and has an estimated total two-year cost (including the price of the printer and ink) of $370. 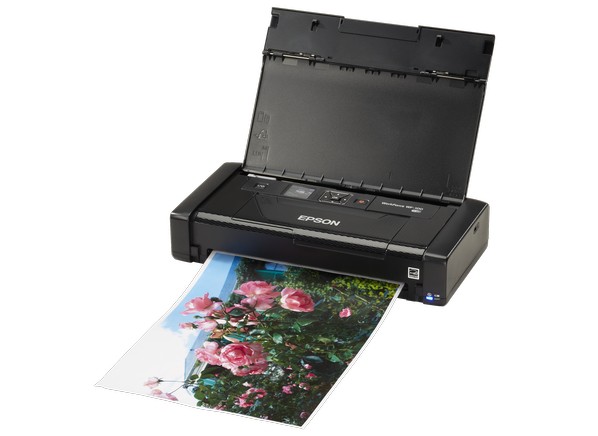 You’ll pay $180 upfront with an estimated cost of $470 over two years of ownership.

Ways to save even more money with every page you print

Some time ago, cartridge manufacturers admitted they give you notice that your cartridge will soon be empty when nearly 60% of the ink is still left. So when your computer tells you replace to the cartridge, instead just pull it out and shake it. You’ll probably get several weeks more of use out of it.

Remember, manufacturers have a clear financial incentive to make you buy more of their product. What you pay to print per page skyrockets if you throw that cartridge out or recycle it too early.

Multi-ink cartridges are the worst because they have individual ink banks for up to three or four colors. Any one of them can run out before the others do!

Read more: How to use carpet stains using an iron

How to clean that gunk from the bottom of your dishwasher